Gibeller, more than 90 years with you

In 1923 Gibeller was founded on the initiative of Mr. Giner and Mr. Ribelles, as a warehousing company dedicated to the supply of building materials.

In 1924 Mr. José Torregrosa Sirvent bought the company where he was employed as a paver, when he won a lottery prize of 4000 pesetas. He soon expanded his business by acquiring two English-made lorries with which he transported building materials and other goods. In this way, Gibeller became the second most important transport company in the area.

From 1933 onwards, the company’s activity expanded with the incorporation of new products: mosaic and artificial stone. That same year, a hydraulic mosaic tile factory was created in Vistahermosa. In addition, in 1946, the company set up an artificial stone workshop in Campello.

In 1947, a period of expansion and growth began. During this period, new points of sale were opened in the province of Alicante:

Opening of a branch on the Rambla de San Juan Pueblo.

Opening of a new shop in Calle Padre Mariana 19, in Alicante.

Opening of a new warehouse at 104 Maestro Alonso Street.

Opening of a new shop in Denia.
The group company Forte Puven S.L. becomes part of the Gibeller Group.

After a process of renovation, the Puven shop located in Petrel, begins its journey as a Group shop. 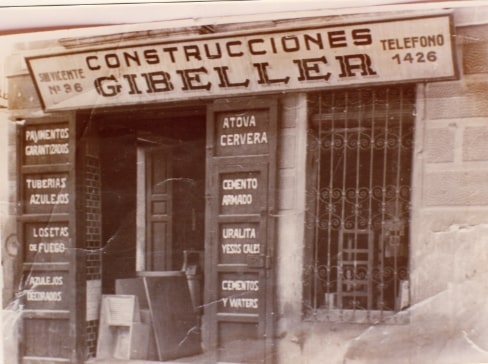 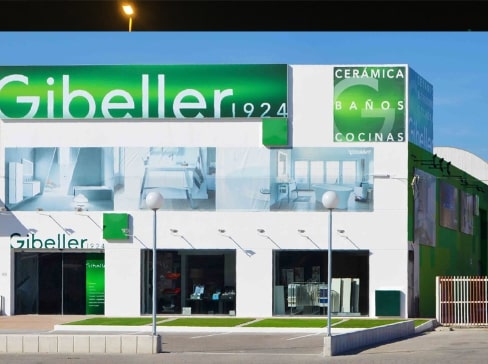 Gibeller has always been at the forefront and has always strived to be a benchmark in the updating and renovation of products and spaces.

Inauguration of the new technical rooms (Blue and Classic) in the San Juan shop.

The new architecture and interior design room is born in San Juan.

Inauguration of the new Natural Stone room in San Juan.

In February 2007, Swaroski brings luxury to Gibeller. Gibeller became the first certified distributor in our country of the “Dazzling Daydrem” bath, the work of the company specialising in cut crystal.

In 2009 we partnered with the family business “Saneamientos Sempere”, located in Alcoy. On 24 May 2013 Gibeller obtained the opening licence for its Murcia shop.

On 20 July 2014, the director of Gibeller, Mr. Luis Torregrosa Leal, passed away. At that time, the generation changeover took place. The management of the company passed into the hands of the third generation of the Torregrosa family.

In 2015, the Gibeller Mazarrón shop changed location and the new shop in Altea was also inaugurated. That same year, the company Construcción Alcoy, Saneamientos Sempere was purchased and the showroom was renovated with a completely new and modern design.

In 2016, the new Valencia shop was opened. That same year, as part of the strategic plan, we moved the Elche shop to Valencia.

During that year, the last of the group’s companies, Progibespa, was also born. This company arose from Gibeller’s alliance with the Finnish company Pro Patio.

In addition, the Gibeller San Juan shop grew with the inauguration of its new kitchen areas, belonging to the Gibexpo group company, and the new area of paints and decorative coatings. 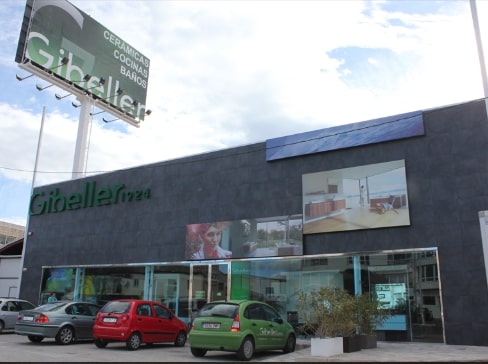 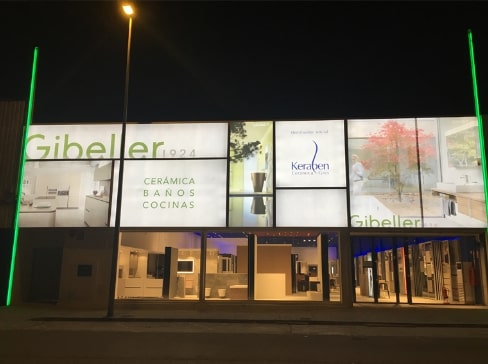 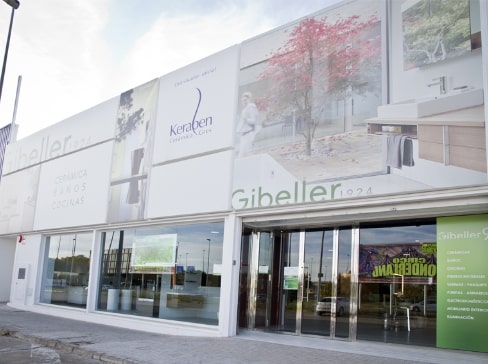 This website uses cookies to enhance your experience while browsing the website. Of these, cookies that are classed as necessary are stored in your browser as they are essential for the basic functionality of the website to work. We also use third party cookies to help us analyse and understand how you use this website. These cookies will be stored in your browser only with your consent. You also have the option to opt out of these cookies. But opting out of some of these cookies may affect your browsing experience.
Technical cookies (essential) Always Enabled
They are necessary for navigation and the proper functioning of our website, control traffic and data communication, identify the session, guarantee the security of your purchases, etc...
Preference cookies
Preference or personalisation cookies allow us to remember information to access the service with certain characteristics that can differentiate your experience from that of other users, such as, for example, the language, the number of results to be displayed, the appearance or content of the service depending on the type of browser, etc...
Analytics cookies
They allow us to quantify the number of users and thus carry out the measurement and statistical analysis of your use of the website.
SAVE & ACCEPT

Book your appointment with Gibeller.

Ask for a free quote